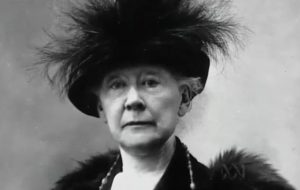 The Cassat family comes from French emigrants who arrived in the United States in 1662.

Mary, at the age of 7, leaves the United States for Europe with her parents to see doctors about her brother Robbie’s illness. The family moves to Paris. Mary learns French and German, visits museums and art galleries. Back in her country, she takes drawing classes.

After two years at the Academy of Fine Arts in Pennsylvania, she returns to Paris in 1865 with her mother. She becomes the student of the painter Jean-Léon Gérôme and visits Barbizon. In 1868, her Mandolin Player is accepted at the Paris Salon. She discovers the paintings of Manet and Courbet.

In 1870, the war breaks out in France. Mary Cassatt travels back to Pennsylvania then Europe looking for Rubens and engraving.

The Salon of Paris accepts her paintings: On the balcony during the carnival (1872), The Torero and the young girl (1873) and Ida (1874). Degas is intrigued by her. He meets her and advises her to join the Impressionists. He becomes her master. Mary, an outstanding portraitist of women and children, works with Pissaro and sympathizes with Berthe Morisot.

Her father dies in 1891, her mother in 1895 and her brother Gardner in 1911. Mary, deeply affected, suffers from depression. Diabetes and cataracts spoil her eyesight, she stops painting in 1914, and becomes permanently blind in 1921. Died on June 14, 1926, she is buried in the family grave of Mesnil-Théribus.

Julie, Peter and the Wolf

The old man with a cane